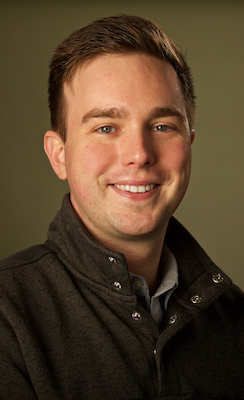 My name is George Louthan; I’m a maker, hacker, computer geek, and IT ops enthusiast. I’m currently working in security engineering for AppDynamics, part of Cisco. Previously I was Associate Director for Research Computing Strategy at the University of Oklahoma’s supercomputing center, where I helped scientists and engineers use advanced computing to do more work, faster, and a technical manager (and first full-time employee) at the Oklahoma Innovation Institute, where I helped found the Tandy Supercomputing Center.

Since 2017 I’ve co-led the Black Team for the Southwest Regional Collegiate Cyber Defense Competition (SW CCDC), where along with my co-lead Brady Deetz, I’m responsible for the team that designs, deploys, and supports all aspects of IT operations for the competition. I strongly believe that CCDC is the best possible experience a college student can get to prepare them for a career in IT ops or security.

For the last seven years I’ve been involved with the organization of Queercon, the LGBT community event at DEF CON, where I work on Queercon’s electronic badges as the lead (only) coder and supply chain person for sourcing overseas parts. In the DEF CON electronic badge community, I’m known as the guy who gets added on Facebook by Chinese vendors’ sales reps.

I hold an MS in computer science from the University of Tulsa’s Institute for Information Security. My academic research interests have touched information security, network security, natural user interfaces, and formal methods.

In grad school I moonlit hosting karaoke at an arts bar. These days I moonlight writing software for embedded electronics. One of those involves late nights, confused wailing, and no pay. The other, of course, is karaoke.

In 2014 I was honored by the Tulsa Business and Legal News as one of their “Tulsa 40” young local leaders. In 2017 I had the awesome experience of giving a TEDx talk on supercomputing, and in 2011 I had a lot of fun giving a similar talk (at an Ignite event) about security, called “How your computer can ruin your life and literally kill you dead.”

* Fair warning: depending on the season, my twitter feed is almost exclusively about college football, CCDC, or DEF CON.